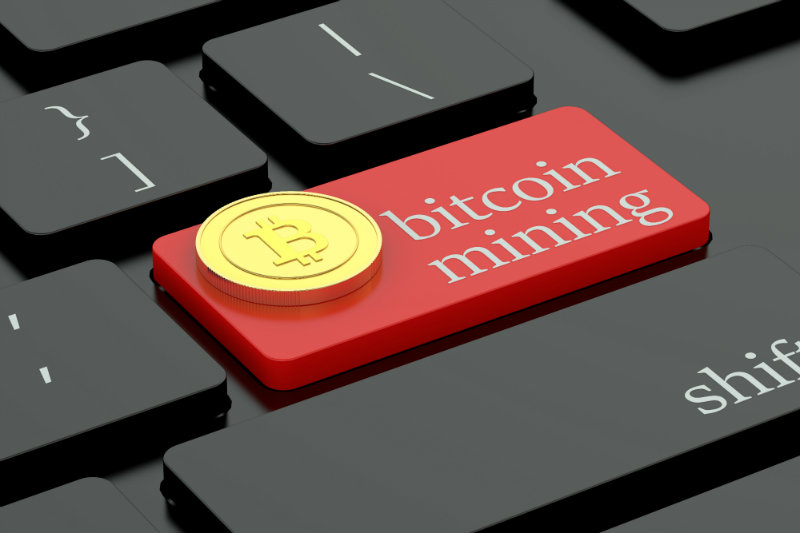 Whenever you use or spend bitcoin, you can thank a bitcoin miner for having “created”, or more precisely – “mined” that bitcoin.

You see, unlike other types of traditional currency like dollars, yen or euros – which are “minted” or “printed” by their respective country’s central bank – bitcoin are instead “mined.”

If you are wondering what bitcoin mining is all about… don’t worry.

What is Bitcoin Mining?

As I mentioned earlier, one of the key differences of bitcoin versus other traditional types of currency like dollars, yen and euros is that they are not printed or minted.

This is because no government owns bitcoin. Furthermore, there is no actual “physical bitcoin” like a bill or a coin – it is purely digital. (For more on bitcoin, read the article what is bitcoin?).

This characteristic of bitcoin being mined rather than printed or minted is a very big deal, and a key factor of what makes bitcoin such a revolutionary type of currency.

“No government or central authority can manipulate artificially
the value of bitcoin by controlling the supply.”

Let that concept sink in…

The reason is that, because the supply of bitcoin is not controlled by a government or institution of any type, no governing body can manipulate the value of bitcoin by simply “creating more money” by printing or minting more, or restricting access to that currency.

In other words, as the quote above on bitcoin mining explained, there is no overarching institution that can use the power of their currency over people by manipulating its value.

Instead, with bitcoin, supply and demand can run its course unimpeded and without the risk of artificial manipulation of price.

Which leads us to…

In order to ensure that there is a growing supply of bitcoin available to meet the rising demand, new bitcoin has to be made available on a regular basis. This is where bitcoin mining comes in.

To satisfy this need for more bitcoin, and in the absence of a centralized government which could simply print more money as they see fit, Bitcoin established a process called mining. During mining, new bitcoin are created and inserted into the system on a regular basis.

At its core, the term “bitcoin mining” is used to describe the process of adding transaction records to the Bitcoin blockchain. This process of adding blocks to the blockchain is how transactions are processed and how money moves around securely on Bitcoin. (For more, check out the article What is Blockchain?)

This process of bitcoin mining is performed by a community of people around the world called “Bitcoin miners.”

Anyone can apply to become a Bitcoin miner (more on that topic as you read on), and these bitcoin miners install and run a special bitcoin mining software that enables their computers to communicate securely with one another. Once a computer installs the software, joins the network and begins mining bitcoin, it becomes what is called a Node.

Together, all these Nodes communicating with one another, and processing transactions to add new blocks to the blockchain are commonly known as the Bitcoin network.

This Bitcoin network runs 24/7, processes the equivalent of millions of dollars in bitcoin transactions, and has never been hacked or experienced an outage since its launch in 2009.

That is far more robust than many other centralized banking institutions.

But, why would someone want to become a Bitcoin miner? What’s in it for them?

Bitcoin miners are paid in… bitcoin.

Since there is no owner or governing body for bitcoin, who buy the computer equipment and pay for all the computing power needed to process all these transactions – the original Bitcoin designers had to come up with a way to compensate the Bitcoin miners.

This compensation would serve to pay and keep the owners of the Nodes interested and actively “mining”, and make it worthwhile to invest their effort, computing power and energy on processing and adding new blocks to the bitcoin blockchain.

The answer this compensation challenge, these original Bitcoin designers developed a “reward” system that adds a controlled amount of additional bitcoin into the supply, approximately every 10 minutes.

These rewards are paid out automatically in bitcoin to the “miners” who own the computers that are running the Bitcoin software. To make sure the process is as efficient as possible,
the rewards are given out on a “lottery” basis, with the number of entries to win the reward determined by how much computing power is being used. In other words, the more powerful the mining computer power is, the higher the odds of winning the next reward of bitcoin.

The amount and supply of new bitcoin being awarded to miners is carefully controlled, and paid out on a pre-determined schedule.

The following video from BitcoinMining.com explains more in depth how someone may become involved in bitcoin mining.