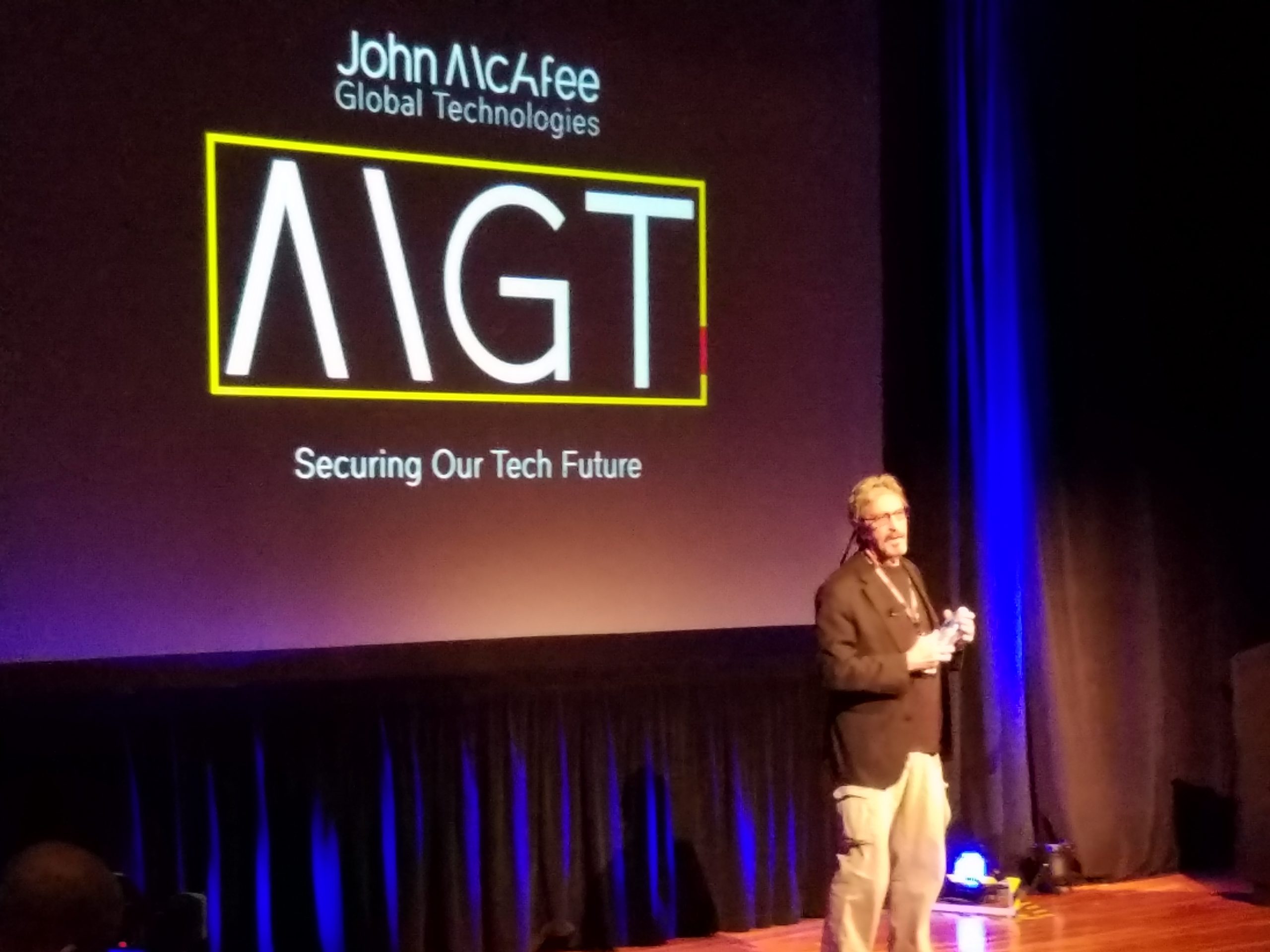 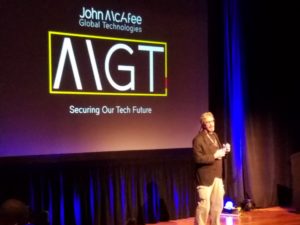 The 2017 North American Bitcoin Conference took place in Miami on January 17th and 18th. For two days, many of the world’s leading minds on the topics of Bitcoin and other crypto-currencies, as well as Blockchain, Smart Contracts and other innovations gathered to discuss the current state of the world and where our digital future is heading.

In his session on “Securing Our Digital Future”, McAfee presented a sober picture of just how vulnerable we all are to cyberhacking. During his session, he described how he regularly “goes out of his way” to leave himself “open to hacking”. He described it as “that’s my job”, and proceeded to explain how many times he has been hacked and how much money (and bitcoins) he has lost as he has been attacked by malware, key-logging software and other types of cyber-exploits.

Among the key lessons he shared was the fact that every smartphone is a “spying device”. He explained that marketers and all types of organizations regularly use the data that can be gathered via a cellphone such as location, language in texts and emails sent, browsing history, etc. to craft marketing campaigns and track people’s behavior for various purposes.

He proceeded to say that some of this monitoring and tracking of people’s behaviors is not necessarily negative as, for example, advertisers can further customize and improve the user experience for a user. However, when this type of data falls into the wrong hands, such as a hacker, it can be used to steal, blackmail or outright destroy someone.

As he explained the risks involved, he particularly flagged bitcoin owners who keep large amounts of bitcoin in their digital wallets as “particularly vulnerable targets.” In the process, he stated that there are millions of smartphones which have already been infected with malware which tracks and logs all passwords, private keys and other sensitive data. These phones are waiting for the right moment to execute their own exploit and hack the device. 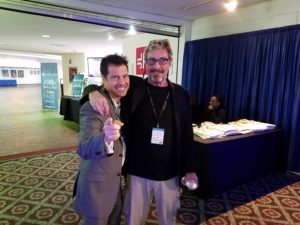 What this means is that at a moment in time, a bitcoin owner may find that his bitcoin wallet has been emptied.

To further reinforce that point he described his experience in having multiple wallets hacked within a period of days, and losing over $9K in the process.

As ray of hope, McAfee took a positive tone when he referred to blockchain technology and the bitcoin network, and why bitcoin in itself is so secure. He explained how the decentralized nature of blockchain technology, the redundancy of the data and the massive computing power involved with securing the network makes bitcoin such a powerful adversary to any entity trying to hack the system.

McAfee is widely regarded as a legend in the cyber-security space, and after seeing this session at The North American Bitcoin Conference, it was clear to see why. His views, and his forward thinking perception of where digital security is heading, are sharper and more focused than ever. It’s good to know that in a space of so much cyber-risk, blockchain can be such a powerful force to help mitigate the risks.