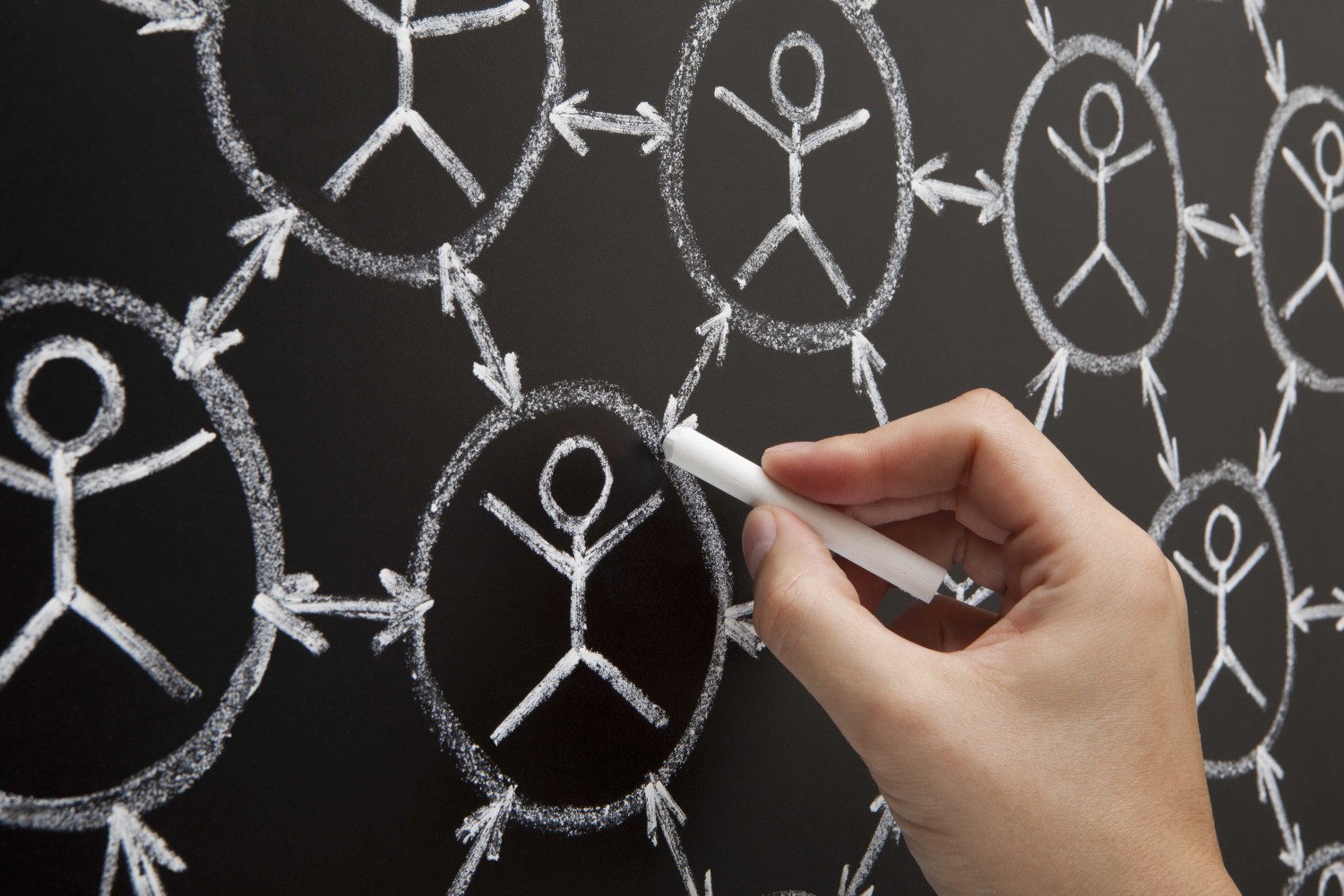 If you have been wondering what is blockchain? Don’t worry, you’re not alone.

Perhaps the most common definition of what is Blockchain is that it is “one of the technologies that make possible the virtual currency Bitcoin.”

That still leaves a lot of things unanswered, and in this post, I will share with you what is blockchain, what makes it such a valuable technology and why you may probably already be using it without even knowing.

(and click on the following link if don’t know what is bitcoin [Video].)

In fact, bitcoin is only one of a wide range of applications of blockchain technology, and blockchain can and has been applied to many other industries beyond finance. Blockchain is being used to track all sorts of transactions across many different industries including healthcare, entertainment, education and many more. Additionally, more than $1.4 Billion dollars have been invested in bitcoin and blockchain related businesses, and there are currently a very large number of new blockchain related startups and projects being developed.

So what what is the big idea?

When talking about what is blockchain, the main element that needs to mentioned is that blockchain is able to store a series of transactions in a very decentralized way.

All of the transactions and all the data is kept in a single ledger, but this ledger is not stored in one centralized location. Instead it is copied and distributed across a network of locations. This ensures that the data is always available and that should any of those locations fail, the rest of the network would still have a copy of the ledger. 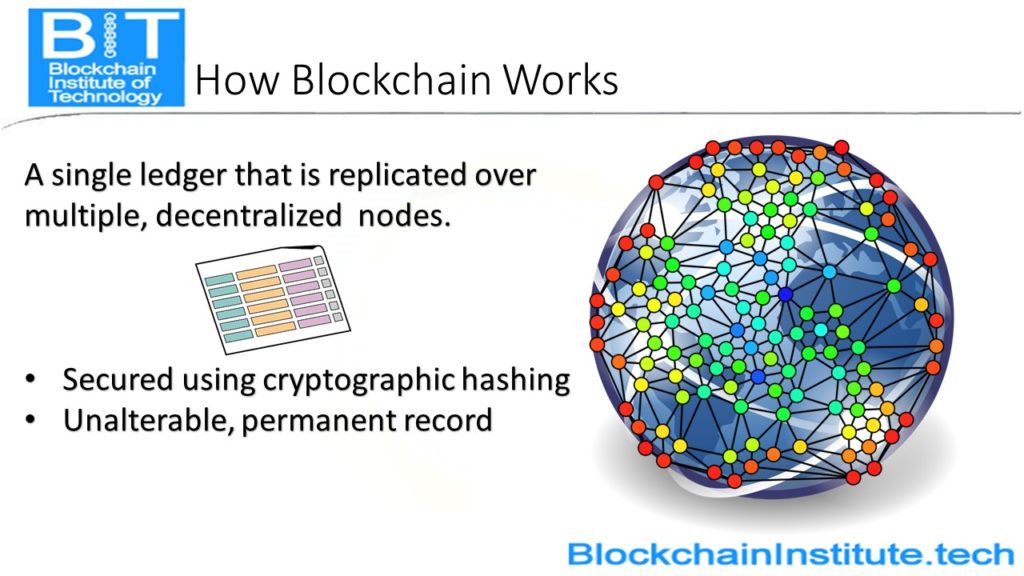 In a nutshell, a blockchain consists of a series of transactions, each of them stored in a different block. These blocks of transactions get added one after the other to build a chain, hence the name blockchain.

Then, when it comes time to add a new block of transactions to the chain – the entire process repeats itself and the entire network must agree AGAIN that this new block is mathematically accurate and that the new transactions being added, did in fact take place.

This means that if anybody with a malicious intent tried to add a block to the blockchain which was corrupted, or if anyone tried to tamper with the contents of the chain, they would need to alter every single transaction that has ever existed before all the way back to the beginning of the blockchain. Given that new blocks have to be processed within a certain amount of time, it would be impossible for a computer or a group of computers to be able to calculate and hack the entire chain of blocks that form the blockchain.

Add to that the fact that the single blockchain ledger is distributed and copied across an entire decentralized network, that process would have to be done at every single one of the locations where the blockchain is stored. As such, it is impossible with today’s available technology to hack a well developed blockchain.

To explain better what is blockchain, I am including below two slideshows showing what a traditional asset transfer looks like without blockchain, and what transferring an asset using blockchain looks like.

Transferring money without the use of blockchain

Prior to blockchain, when a person needs to transfer an asset to another person, they typically will need to engage a 3rd party mediator such as a bank, a government or some other institution.

That 3rd party acts as the “middleman” and makes sure that the transaction as expected.

For example, let’s take someone who needs to transfer money. Blockchain technology can be used for transfers of all types of assets, but for this example, we will use money as we can make a direct comparison with bitcoin currency which runs on a blockchain.

If a person in the United States wishes to send a payment to another person in Germany, say $1,000 USD, the first person would need to schedule a wire transfer or some other money transfer by using a bank or a money transfer service.

That bank or transfer service would take the $1,000 USD from the first person and then give the equivalent in Euros to the recipient in Germany. For that convenience, that bank or service would charge a fee. As it stands, that process may take several days and is prone to multiple delays and regulations.

Additionally, the record of that transaction would be stored in the bank’s database along with the identity of the parties involved. This centralized database presents a vulnerable single point of failure where hackers could attack as has been seen in previous hacks of banks and financial institutions. Should there be a hack of that database, that information could be stolen by hackers and used for malicious purposes.

See the slideshow below for the visual representation.

By comparison, if we were to do the same transaction using bitcoin, and wanted to send funds from the United States to a recipient in Germany, the exchange could be done directly between the two parties by using the bitcoin blockchain.

In that case, the person in the United States would simply need to place a transaction to send the equivalent of $1,000 USD at the current exchange rate of bitcoin to the second person in Germany. In just a matter of minutes, the person in Germany would have received a deposit of the funds in their own secure bitcoin wallet. The entire process would be handled securely over the Bitcoin network, and there would have been no need of a 3rd party of any kind.

Furthermore, the record of the transaction would be permanently and securely kept as part of the bitcoin blockchain should it ever need to be confirmed that it took place.

This blockchain ledger containing that transaction and every single transaction that has ever been done before on the blockchain transaction would then be replicated and stored across the entire distributed network, eliminating the weakness of having a centralized “single point of failure.”

Here’s a visual showing how transferring an asset using blockchain eliminates the need for a middle “mediator” and can achieve the transfer in a decentralized and far more secure way.

Other famous uses of blockchain technology

Beyond the Bitcoin blockchain, there are numerous other blockchains already being used around the world with many more applications being developed.

For example, Walmart is using blockchain technology to track pork products across their operations in China, Nasdaq is issuing and transferring shares of privately held companies and Overstock.com has even developed a blockchain based stock trading platform.

Have you heard of any other implementations of blockchain that you may share? Leave a comment below and let me know!