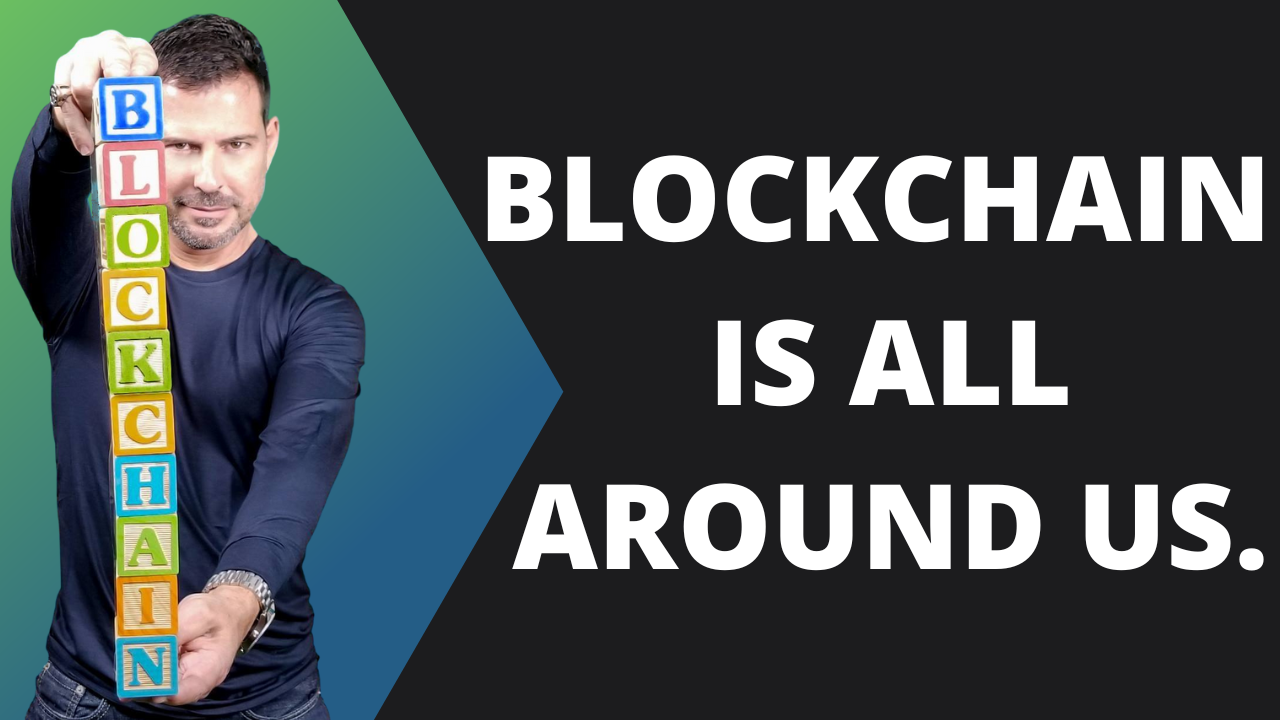 Where is Blockchain Used?

In this video, I will tell you where blockchain is used.

If you go through the video, you will see multiple examples of blockchain being used right now. And I’ll show you exactly how blockchain is all around us. Welcome back. We’re now going to look at blockchain all around us because blockchain is in many places that you may not be currently looking at, but it’s there.

So what I’m going to give you is some examples of blockchain currently being used around you, some projects that I’m currently involved in, and look into some of the areas where blockchain is participating above and beyond bitcoin. For starters, let me talk to you first about tuna. So this is BumbleBee tuna. I buy BumbleBee tuna regularly. The reason is because BumbleBee tuna is traceable on the blockchain. Every single packet or a can from BumbleBee tuna actually has a code unique to that packet or code, which you can track on blockchain to see what happened to it. So we’re going to take a look at this one specifically. Let me show you first how BumbleBee does it. If you go to the BumbleBee website, which is Bumblebee.com, and you look specifically to trace my catch, you can trace your catch. What you’ll find is that every single can from BumbleBee tuna has a unique code. They call it the can code. Each can has a unique code, but so does every single packet and I buy tuna in packets. So I’m actually going to show you this packet and this packet. And what I want to point out to you is that what I’m going to use is the packet code or can code instead of the barcode, because the barcode is what gives you the price.

But what we’re looking at is the unique code for this package. You see, packets have different can codes, so you may have the same price and the same UPC code, but the packet or CanCode is different for each one, just like the packet code for this one is different from this one. So let me show you right now so you can see it. If I go to the trace my catch and I type in my code. This one specific packet has a code that has F17. It starts with F170RS. And I have that number already written here. So let’s see exactly what’s inside this one specific packet. And what we see is that this one specific packet, the species is albacore, which makes sense, it’s albacore tuna. But it’s not just that, it’s albacore. I know exactly the fishing method that was used. I know the vessel that actually caught the tuna that’s in this packet. And different packets, even albacore, have different codes. Different vessels catch different tuna depending on the packet. You also know more information, such as the cannery where it was actually prepared. Now let’s go one step further.

Let’s compare that to this tuna right here. So if I go back and I have a new can code and this one packet starts with K10. So let’s type in the code for this one. And the code is let’s type it right here. It’s K 10 and it’s 1R2VSA2.  Notice I’m punching in exactly the code in this one. Let’s see what comes up. And if I look it up, I see that the results are this is light meat tuna. This is different tuna from the other albacore I showed you. But here’s what’s fascinating. The fishing method for this is Purse Seine, or however you may say it. But the vessel that caught this tuna is different from the vessel that actually caught the other tuna, right? The cannery in this one was Thailand. And I could go on packet, packet, packet. Different packets have different information for each one. What I want to point out to you is that one thing is the UPC price code and the other one is the unique code for this packet and the tuna inside this one. Let me give you another example. My turkey.

Every single year I buy cargo honeysuckle white, which is traced on the blockchain. I can see the entire history of my turkey all the way back to the farm where that turkey came from. In fact, I’ve actually posted that in my YouTube channel. In my YouTube channel I actually show on Thanksgiving where the turkey came from. I take it all the way back to the specific farm where my turkey was caught. I actually talked about this in my course Blockchain in Supply Chain Management. But supply chain is only one use above and beyond bitcoin. As you saw, there’s many more uses. Let me start talking now about some of the projects that I’m involved in which are really exciting. For example, JetToken JetToken is a platform that actually uses blockchain to be able to disrupt and change the private aviation industry. If you actually want to book a private jet, I don’t know if you know how to book a private jet, but with JetToken you can actually book it using an app. They have an app that lets you book a private jet and that app uses blockchain technology. Take it one step further.

They actually allow blockchain payments. So some of these prices are expensive. So you can actually pay for your flight using cryptocurrency. But not just that. They are tokenizing the flight hours and using blockchain to be able to disrupt the entire private aviation industry. Let me show you another really, really cool one that I love, which is Baller MR. This is Baller Mixed Reality. OK? Now what I want to talk about is augmented reality. Augmented reality is not what you have in a virtual reality headset. Augmented reality is you see reality through a mobile device or some sort of device to view something that’s in the digital space… but as if it were in the physical space. So what Baller MR allows you to do is have augmented Reality autographed collectibles. So you can have an NFT for an autographed collectible used with augmented reality, and you’re the owner. In fact, let me share with you a video of how it looks.

What you are seeing now is an autographed collectible that uses blockchain and a non-fungible token, or NFT, to superimpose a digital asset on a physical surface.

That is a unique NFT recorded on Blockchain. And you’re able to deliver it using augmented reality with Baller Mixed Reality.

Now that you saw how Baller Mixed Reality uses a mobile device to actually look at augmented reality autograph collectible, what I want to point out to you is that NFTs are not just augmented reality. This is a collection of NFTs that I have. These are crypto kitties. And what you’re seeing here is not a picture. These are actually, literally, my NFTs. This is a wallet, and those are my NFTs. These are called crypto, Kitties. My Crypto Kitties are my Crypto Kitties. But some of these have been sold. One of them sold for over 600 Ether. Now, you do the numbers if Ether, which is currently around $1,300 as of the time of this recording, multiply that times 600, and you realize that these Crypto Kitties can be quite valuable. And that’s the power of NFTs. Now, other ways in which Blockchain is also being used right now that you may not be aware of, for example, all certificates issued by Blockchain Institute of Technology are recorded on blockchain. So anybody can verify for themselves that somebody actually got a certificate from Blockchain Institute of Technology. This is a way of using blockchain technology to prove the authenticity and the integrity of, in fact, that somebody earned a certificate from Blockchain Institute of Technology.

And while we’re at it, I want to talk to you about the Metaverse, because in the next lesson, we’ll talk about it, and I want to show you that Blockchain Institute of Technology, we have a Metaverse of our own. We actually call it the BIT Meta Campus. It’s a campus in the Metaverse. And while we’re based in Miami, our students come from all over the world. And instead of actually physically having to come to Miami, we can meet inside the Metaverse and have the opportunity to go into our facility and actually participate in events with us inside the Metaverse. And this is a metaverse space for Blockchain Institute of Technology.

I hope you enjoyed this video and that you learned something in the process. I bring you brand new videos every single week, so make sure to subscribe to this channel. And if you have any questions or comments, please leave them below. I would love to hear from you. Until next time. I’m George Levy. We’re changing the world one blockchain at a time. See you next time.